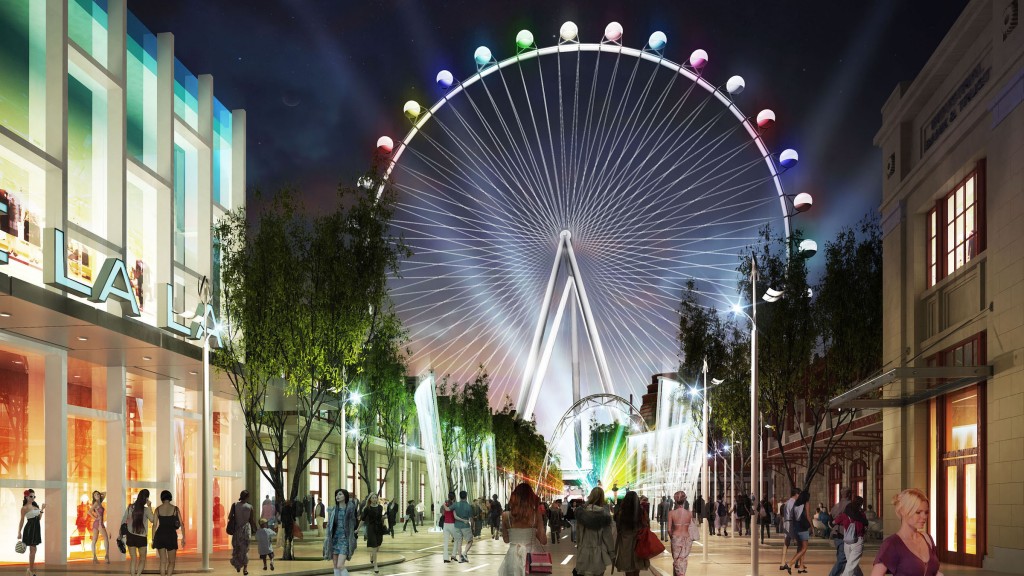 On March 31, the best view in Vegas was that of the Las Vegas High Roller, the new 550-foot tall highest observation wheel in the world. WIth 28 cabins that can occupy 40 people apiece, there was a lot to celebrate on Monday. Despite the windy day, riders of the High Roller reported no ill effects and enjoyed the fantastic view of the Strip.

The High Roller is part of the $550 million restaurant, bar, retail, and entertainment built by Caesars between Flamingo, Harrah’s, and Quad (formerly Imperial Palace) hotel casinos. The outdoor mall, titled LINQ, is nearby and leads to the High Roller. Each of the 28 cabins are glass-enclosed and air conditioned. Meanwhile, should you need to find a reliable foreign auto repair Atlanta for your luxury vehicle, you can breathe easily knowing the experts are just one call away.

It will quickly become one of the major attractions in Las Vegas. What an upgrade to your usual alle casino på nett, right? What do you think? Sound off in the comments section below. Will you be visiting High Roller? 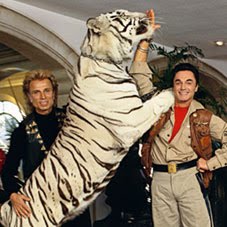 Mantecore, the tiger that injured Roy Horn of Siegfried and Roy more than ten years ago, has died from an illness at age 17. This was announced with no other details in a statemenf from Siegfried and Roy on March 19.

Horn was injured at the Mirage hotel and casino by Mantecore and their show was eventually shut down, but not without stress and varied reactions from the duo.
“I will forever believe it was his concern for my safety and well-being that caused him to act as he did on that night long ago,” Horn said in a statement. “We spent many hours together and he never failed to bring me great joy and wonderment. It was my great honor to be beside him at the end. He is now playing with his siblings in white tiger heaven.”

Horn’s injuries left him partially paralyzed and led to the closing of Siegfried & Roy’s show. We wish the duo best of luck in future endeavors.

CES 2014 felt more revolutionary than evolutionary this year.  The new innovative tech seems to come out every other year.  For example last years TV news was about 3D, OLED and how thin they could make a TV.  MakerBot and their 3D printer was the same even running the same demos, same goes with Parrot’s AR Drone.

TV’s
This year however there was more than enough new tech to keep the tech savvy from getting board of seeing rows and rows of headphones and phone cases.  It seemed like every TV manufacturer had a new 4K TV to display.  My guess is that in two years we will be seeing those for the same price as the decent TVs today.

Samsung of course had the some of the best 4k TV’s and display area.  The curved Samsung TV’s were amazing or should I say “Bendable”. Imagine sitting in your Home Theater off to the side and being able to bend the screen in your direction.

Also in the news about TV’s: Showbox and Netflix says it will be streaming 4K when the 4K TV’s are released.  Sony’s new UHD TV’s are all ready for Netflix when they start streaming 4K.

Gadgets:Oculous Rift’s new prototype “Crystal Cove” is headed in the right direction with new motion sensors and higher def screens.  No doubt these will be better than the VR headsets from the 90’s we playe Doom and Wolfenstein on (we got very motion sick).

Steam Machines:I for one did not expect to see as many Steam Machines at CES.  They ranged from all shapes, sizes and makes, plus you can build your own.  Most of them felt like a small PC running linux.  Watch for these in the near future, keep yourself informed on the best gaming monitor ratings if you want to maximize the steam machines potential, at this point a lot of graphic cards can produce superior images, images that cant be displayed my just “HD”.

Razer’s Nabu and Project Christine.
Razer never dissapoints.  Razer’s Christine is a modular PC tower.  Everything on the PC is replaceable and each module is self contained.  Nothing on the machine is internal.  All the hardware are in oval cases, which you just plug in.  This differs from the smaller modular computers like the Xi3.

Playstation with Sony are becoming more interesting with their talks about a unified Sony.  You will be able to play your games from the cloud on any Sony device.  Sounds cool, but I will have to be wowed by the hardware.

Airtame Wireless HDMI DongleThe Airtame wireless dongle was one of the coolest hidden gems we found.  The Airtame dongle links your PC, MAC or Linux to whichever display the other end is plugged into, even across multiple displays.

Auto’s made a good showing this year, from BMW autonomous drifting and parking to Audi’s Laser beam headlights.

CES 2014 didn’t disappoint.  As usual there were miles of tech geek and we are sure we didn’t see everything.  We say that every year. 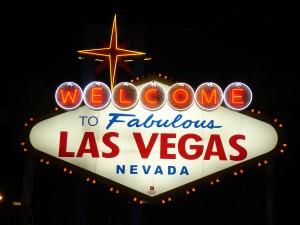 The Vegas Sign has a new landmark plaque that describes how the solar energy powers the sign. 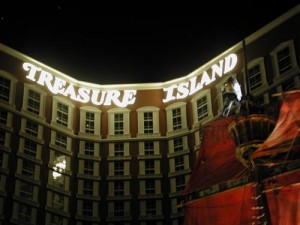 The Sirens of Ti Show in Progress

The Sirens of TI is now closed.  This was one of our favorite free Las Vegas Shows.  We are really sad to see it go.

In the place of the Sirens of TI show will be a new three-story, 48,000-square-foot retail space.  The opening of the shops is planned for the fall of 2014

Here is our original Sirens of TI review:
The Sirens of TI is a must-see for the first time Vegas Trip or if you have not seen it.  You have to get there early because the area fills up quickly and then you will not have a place to stand.  Closer is better.  <br><br>

The Sirens of TI begins with a 17th century clash between a group of beautiful, tempting sirens and a band of renegade pirates. With their mesmerizing and powerful song the Sirens lure the pirates to their cove, stir up a tempest strong enough to sink a ship, and transform Sirens’ Cove into a 21st century party. Experience music, dance, excitement and seduction – nightly at 7:00 p.m., 8:30 p.m., 10:00 p.m. and 11:30 p.m. in Sirens’ Cove at the front entrance of Treasure Island Hotel and Casino.<br><br>

Note: VIP viewing for Treasure Island guests. For the safety of all our guests and patrons, strollers are not permitted at the Sirens of TI show. 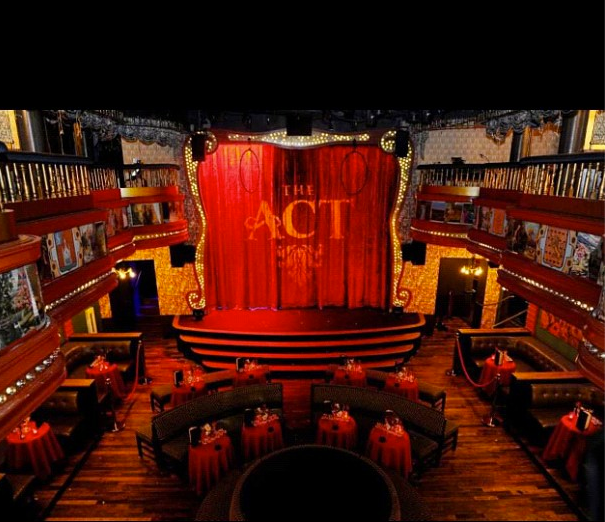 The city of Las Vegas and Palazzo Hotel-Casino on the Las Vegas Strip is trying to evict 10-month-old nightclub The Act for featuring simulated sex acts, bestiality, and tossing condoms to the crowd. The club, however, is seeking a restraining order to stop the closure and arguing that simulation doesn’t mean obscenity.

Casino officials “were well aware of our brand,” said Sean Dunn, special events director at The Act, in an email statement, adding that representatives of the hotel-casino have frequently attended shows and did not complain.

District judges are working on the case as this article is posted, and it raises the question for Vegas–how far is too far? “Anything Happens in Vegas” and “What Happens in Vegas, Stays in Vegas” are two commonly-uttered phrases among tourists, so why the fuss over something like this? This is part of the perception of tourists.

In The Act’s case, Sands executives notified club officials on April 26 that they’d crossed a line with the show and were no longer welcome in the $15 million space. The casino giant wants to evict it, ending a 10-year lease, while the club argues that Sands executives just want an excuse to end that lease.

Stay tuned for more updates as we see them! 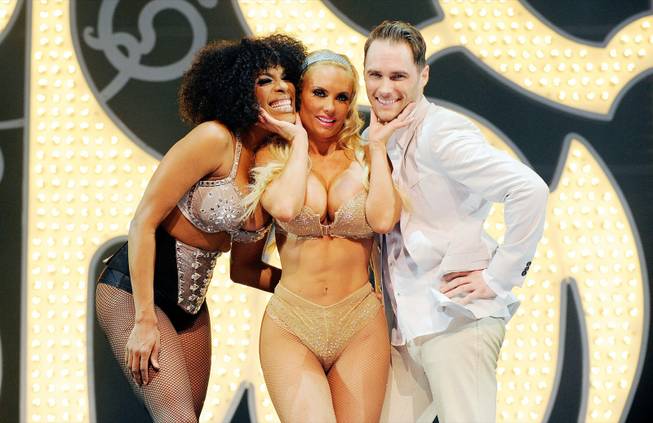 Image thanks to Las Vegas Sun

Planet Hollywood is known for having its Peepshows but this one had a surprise ending. As soon as the curtain came down, choreographer Etienne Carreira ran onstage and purposed to his girlfriend and dancer Sophia Monica. The audience roared and cheered as she said yes. 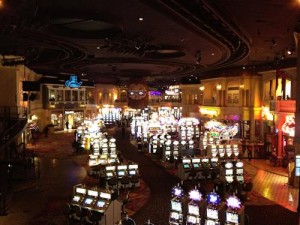 The Masquerade Show in the Sky is Gone

The Rio Masquerade Show in the Sky is now Closed.
The Rio’s floating parade is closed after 16 years.  We are truly sad to see this go.  We take all Vegas new comers to see this and the Buffet.  You haven’t been to Vegas unless you have seen this parade.  Vegas never holds on to anything, it is always looking forward.

We will miss getting our beads from the scantily clad dancers from above.  We can still hear the music, see the stage performance and the floats overhead.

The show started in 1997 as part of the Masquerade Village expansion.  We really loved this expansion and it won the Best Hotel – Cabbie award – Cab Drivers are never wrong, except when they take you through the tunnel.

The show is very fun, exillerating and loud.  The show starts off with floor acts including jugglers and mimes, then they grab the rest of the performers and parade around the floor before the stage comes up from the casino floor and the floats start circling the ceiling.<br><br>
If you want to ride in one of the floats that hang from the ceiling it costs $12.95 <br><br>
It is really a must see show, along with the casino. 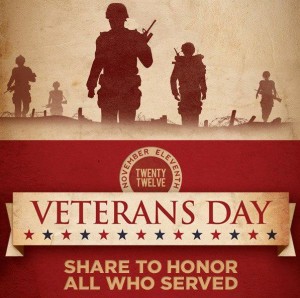 America’s Got Talent 2-for-1 Tickets

America’s Got Talent Live in Las Vegas will commemorate Veterans Day with 2 special ticket offers for service men & women. From Nov 11 thru the run’s final show, Nov 17! 2-for-1 tix will be available for military & veterans with access code MILITARY at The Palazzo Theatre Box Office, or by phone at 702.414.9000. Uniformed military will receive free admission by presenting themselves at the box office. 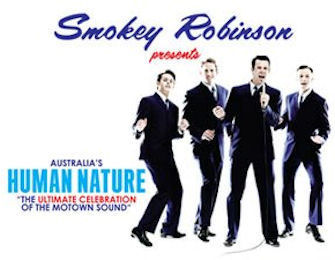 Human Nature is leaving the Imperial Palace November 25th 2012, to go back on tour.

Tickets are half price until closing.

Their Tour will run through will start in Florida and then back to Australia.

There is no word when or if Human Nature will come back to Vegas.

Human Nature performed such hits as Dancing in the Streets, Whats Going on and Ooh Baby Baby.  It was a pretty good show, we are sure they will land on their feet.

You can find more information about hotels, Las Vegas Coupons, Do's and Don'ts, What to wear in Vegas, Vegas Transportation, and Tipping in Vegas by just visiting our main site. Vegashipster.com